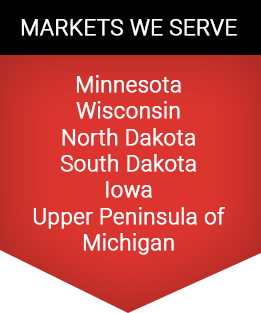 “EP Sales is a good rep agency to deal with. They service the things they sell and take good care of us. If we have any problems they work with us to make sure things get resolved.

Our EP Sales rep, Kevin, is one of the top sales reps we deal with. We see him quite often. He comes in, goes over things with us and keeps us informed and up-to-date on everything.”

"EP Sales found a niche in the market where electric co-ops offer dual energy rates. They found out that we previously manufactured products for this niche and worked with us to incorporate changes necessary for use in the northern part of the US. EP Sales did an amazing job back then and continue to do a great job for us today. I really like how they continue to bring new ideas to the table.....they are our eyes and ears in their markets and we adapt to their needs when the opportunity makes good business sense.

Knowing their market and backing it up with excellent technical expertise makes our job here at the factory a lot easier. They have good people working for them…….their outstanding sales performance over the last eighteen years speaks for itself.

Thanks so much for your help with all of this!"

“When EP Sales picks a line they delve into it and make sure they know and understand it. They are willing to take the time to train our staff and are good at showing us the differences in their products compared to other competitive products. They research the products well before they actually take them on. That's a big plus for us. They are willing to train us and our dealer customers. EP Sales is easy to deal with as well.”

"Can’t say enough about the EP Sales rep, Kevin......he’s great. He knows his products, takes the time to educate us and he’s always just a phone call away. I’m not very computer literate so I probably rely on the personal service support I get from reps and distributors more so than other contractors. Parts availability and tech support are priceless to us and EP Sales and RHI do a great job on both.”

“Whenever I call my EP Sales rep (Kevin), he takes care of me. I'm very satisfied. In fact, he's one of the best reps around. He is the only salesman from a rep company willing to call me directly; otherwise, I have to go through my wholesalers which takes extra time I don’t have. If I have an issue, he takes care of it.”

“EP Sales has been very attentive to our needs, questions and/or concerns. Our sales rep, Jason, has been great to work with. We purchase multiple products from them and are likely to buy more in the future. EP Sales doesn’t leave things go for a day - I always hear back from them right away. That's very important.”

“There have been several instances where EP Sales has helped us on - mainly technical stuff. Different wiring problems in the field that we've had for various reasons, not always caused by a product they represent. I call several times a month and they’re very willing to help out. They're one of the few reps willing to go the extra mile. EP Sales won’t tell you, "we're on it" and then ignore you. They actually do help us resolve the problem.”

“EP Sales does a very good job taking care of us as a customer, from making sure we're informed, to actually developing business for us. They are definitely at the top of rep agencies as far as doing what we expect and representing the products they have.

We're fortunate that EP Sales has a great rep in here in Fargo, ND. Kevin supports us by calling on contractors in the markets we serve and does a lot of extra things on our behalf. EP Sales has an inside team that takes care of things as well. I know that if I call them for something it's just a short time later (often within the same day), that someone from EP Sales will call back and make sure we're taken care of. EP Sales communicates well as a team and their product knowledge and service is very good.”

Dear Dave,
Thanks so much for your help. This day and age I wasn’t expecting anything. I couldn’t believe you called me back and helped me out. It was a total surprise. Hopefully this takes care of the problem. It’s really nice having the in-floor heat and we really enjoy it.

How to Use a Makeup Air Heater to Prevent Residential Backdrafting 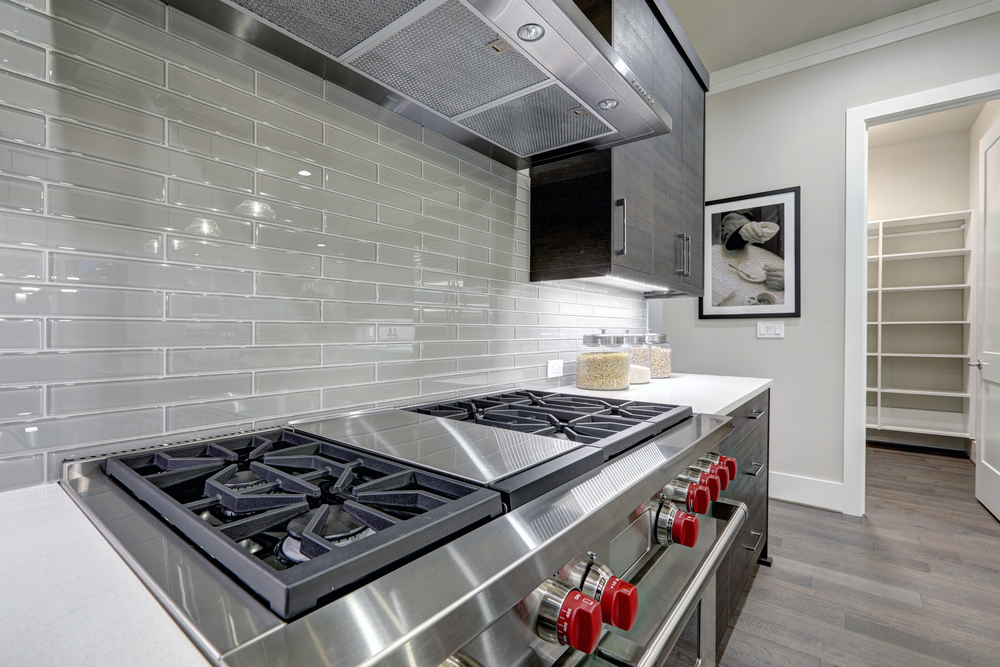 It’s no secret that U.S. homeowners are becoming increasingly attracted to the idea of installing high-powered, commercial-quality kitchen equipment in their homes. The widespread availability and increasing affordability of these devices makes them a common sight in American kitchens.

At the same time, residential building contractors are designing homes that are more airtight than ever before. As a result, house depressurization and its associated risks are on the rise, making reliable makeup air solutions a necessity for many households.

House depressurization occurs when the air pressure inside the house is lower than that of the atmosphere outside. This creates a system of negative pressure. According to the EPA, this can cause exhaust gases, such as those produced by combustion-based kitchen appliances, to backdraft into the home. This accumulation is dangerous for residents and can promote the growth of mold, placing the integrity of the structure itself in peril.

In order to create an indoor pressure system that pushes exhaust gases out, home contractors typically install either engineered openings or mechanical ventilators. However, this approach does not provide adequate air infiltration for larger kitchen ranges.

According to the Pennsylvania Housing Research Center, exhaust hood systems capable of exhausting in excess of 400 cubic feet-per-minute (CFM) require the installation of a complementary makeup air system. The system must be automatically controlled to start and operate simultaneously with the exhaust system, in accordance with International Residential Code M1503.4.

Since the unit needs to both push air inside the home and heat the air to a temperature that does not negatively impact the home, an appropriately powered unit is necessary.

Although simply choosing a makeup air unit with the same CFM-rating as the kitchen exhaust seems like a logical idea, actually choosing the right unit is a little more complex than that. This is mostly due to the difference in temperature the unit has to compensate for. In order to determine how powerful a makeup ventilation system is needed for a particular kitchen appliance, we need a few figures:

High-powered commercial cooking ranges generally include information about their exhaust rates, given in CFM. If that information is not immediately available from the appliance manufacturer, it may be necessary to arrive at an estimate based on the type and power consumption of the unit. The American Society of Heating, Refrigerating and Air Conditioning Engineers sells a handbook that contains the information needed to make this estimate.

Arrive at the desired temperature rise by subtracting the coldest likely design temperature from the home’s desired room temperature. This number will be multiplied by the CFM of the appliance and then divided by the number of BTUs-per kilowatt the makeup air system uses, arriving at the desired kilowatt performance of the heater.

HVAC manufacturers like Thermolec typically include BTU-per-kilowatt figures in their product specification sheets. So if a homeowner needs to displace 400 CFM even when the outside temperature is 20°F and the ambient room temperature is 70°F, using a Thermolec Makeup Air Model FER-8-6-240, the equation would look like this:

How do we know that this is the appropriate figure for that particular model? Going back to the specification sheet, we can see that the FER-8-6-240/1 has an 8-inch collar size and delivers a maximum of 6 Kw—meaning that it’s the correct model for this example even though it has a reported CFM of 300.

This is typical of the Upper Midwest, where state regulations explicitly require units be powerful enough to compensate for large differences in temperature. As a result, people who live in colder climates will need to adjust accordingly by calculating the actual CFM using the above equation.

Update to the Greentek Line of Commercial HRVs and ERVs

How Do Gas Detectors Work?

What’s the Best Steam Humidifier for Your Application?

What Are the Benefits of Hydronic Radiant Floor Heating?

Update to the Greentek Line of Commercial HRVs and ERVs

The Advantages of a Steam Humidifier

How to Use a Makeup Air Heater to Prevent Residential Backdrafting

Blog
EP Sales maintains a large inventory of Thermolec and Greentek products and parts to service the needs of our customers.